… or women, men and non-binary folk who mentored me.

Career in addiction health services research can be daunting. There are moments when people in this career path struggle at work. Have you ever been in that situation yourself? Here’s my story. 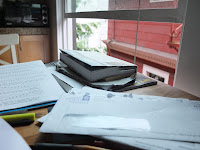 The internet was still a toddler and I watched the TV rarely. But when I turned on the box on one of such occasions, a summer afternoon, I was brought into the streets of the Slovakian capital, Bratislava, which was a world far far away for me. Young social work students backpacked those streets with bags full with clean needles and distributed them to drug users and sex workers; they talked about what this exciting and controversial pastime meant for them. They worked for a needle exchange project – Odyseus – and I wanted to do it too. I was excited to help drug users in the same way these women did, but I had to wait a couple of years until I grew up.

At that time, they still called it ‘Street work’ which later became ‘Terrain Social Work’. In the following years, I learned from my future boss that the Slovakian public TV screened the film quite often, but mainly as a filler in the downtime hours.

After acceptance at the psychology degree, my world changed and the range of my interests expanded. Nevertheless, I never forgot about that documentary. It was in the second year when I saw a poster at our university board, at advertised Needle Exchange as a part time job for students. I picked up a public phone and dialled a number from the poster – following my teenage dream. Nobody picked it up, so I left a message which too remained unanswered, forever. The number on the advert wasn’t for the Needle Exchange which the documentary talked about, but I didn’t know it at that time. By chance, I ended up working for the agency from the documentary movie because they had an email address posted on the internet and were more responsive than the project which advertised on our student board.

Part of my comprehensive exam in the 3rd year of my undergrad was a research project. As most of my friends, I struggled with access to patients. Because of that, almost everyone did a literature review – without having a clue what we were doing. I chose the role of family and drugs as my topic, but it wasn’t an easy choice. At that time, my interest in drugs was drifting away and I felt like researching something else, for example depression or disabilities. I don’t remember how I ended up with drugs again, but my review led to working with Dr Timulak, and eventually, to my MSc and PhD projects.

Dr Halama, PhD was this new face at the Trnava University, when I wrapped up my comprehensive exam. They were good friends with Dr Timulak and when I asked him about ideas for my MSc research, he said that Dr Halama was doing some interviews with drug users. Two years later, I found myself co-presenting our findings with Peter at a psychotherapeutic conference in Slovakia. Read more about that research here. From there, it was easy to continue in my research with Peter at a doctoral level. I enrolled as a part time student in Social Psychology, which did not convince him that I would finish it. When I announced – after two years of studies – that I’m moving to Hungary for a year, I think Peter had a hard time suppressing his doubts that I would finish my PhD from Hungary. My Hungarian adventure was, however, a real turning point. I had to commute between offices and spent long hours in trams. Being too bored of watching cars and people pass by, I started to read open access articles which I downloaded from internet the previous day. Some were more interesting, others less, but when I found something really relevant to my work, I felt like a gold miner who just dug his jewel out of piles of dirt. My passion grew stronger with every new paper.

When we arrived to Ireland in early Autumn 2008, all I had was a small EU grant with a budget of 3000 euros and an unclear host organization. We managed to survive for almost a year with a great help of my wife’s EVS stipend and occasional p/t jobs. The work on my PhD and the EU grant took most of my time, leaving only a couple of hours for finding a more stable position. When I eventually ran out of money, it was late winter and the job market had dried up. I submitted my resume to many advertisements, including a research job on men’s sexual health. I must say that research was not on my list of Top 5 jobs, but when this position came up after 8 hopeless months of job hunt it was a true God-send. The pictured ad initially offered a PhD post in drugs research, but at the interview, my current boss – Prof Walter Cullen – told me about a p/t place on the same project. That’s how I came to research drinking among methadone patients in primary care at UCD.

OK, I know I said that there were 5 key decisions earlier, but there has been a lot going on recently. In July 2011, I have been to a summer school on drugs in Amsterdam, Netherlands – no one could imagine a better place for this adventure. Dr McCarty, lectured for several days on different policy models and evidence based treatments. Two years later, I’m sitting in an office down the hall from Dr McCarty’s office, writing my final report about the INVEST fellowship. Visit this post to read more about how I got here. I did not think that the summer school would lead to a fellowship in Portland, OR and I’m most grateful that it did.

With Dennis, I have learned about things I thought did not exist. For example, about researchers who enjoy writing. Writing up research projects is a task that many new researchers fear the most. Dennis is a master writer and his craft is contagious; I’ve discovered a need in me, a strong urge to write a lot and in many different formats. I hope this ‘fire’ will keep on burning for at least another 10 years.

Engage in not for profit organizations.

Two organizations jump started my work in non-profits, the University Pastoral Centre and a youth club. I learned the power of community building through youth activism with John Lesondak and taught team building for non-profits with Ivan Humenik. With Ivan and friends, we also had a musical band, JK& band. These activities inspired me to get involved in the community projects for people who use drugs.

Petra a Ivan Sedliacik connected us to the world through the European Voluntary Service, which is a training program of the European Union. My youth exchange training took part in Budapest, Hungary, and a small suburban town called Goddollo with Zsuzsa Szabo. I was trained as European volunteer, improving soft skills and contributing to the common good. Petra and Ivan continued to support me throughout my training and shared their own experiences from living abroad and being European volunteers.

Be a life-long learner.

A Leonardo Da Vinci Scholarship, which was European Union’s Lifelong Learning Program, took me to Cork city on the south of Ireland. Geoff Dickson mentored me in the city’s YMCA. A few miles away, in Ballincolig, Ivan McMahon overlooked my evaluation of youth programs for early school leavers and single moms. It was great to see the practical application of science in Ireland while doing my part time doctoral degree. I got to evaluate training programs, develop program databases and identify best practice approaches for real life problems by searching the literature.

Write outside your comfort zone.

While writing scholarly articles is difficult itself, one can easily fall asleep their comfort zone. I stepped out of this zone in 2013 when I enrolled in a prompt-based creative writing workshop in Portland, OR, housed by the state’s largest bookstore, the Powell’s books on Burnside street (https://writearound.org/). This is when I began to take my writing interests seriously thanks to our volunteer instructor, Matt Blair. His workshop re-invigorated my passion for writing and taught me the value of daily writing practice.