West coast and East coast of the U.S. are very different, people always told me. West coast was my home for 6 months – spring and summer. At the summer’s end, I took a long trip home to explore the East coast. This blog is about our journey to NYC, Ocean City (NJ), Millstone and back. 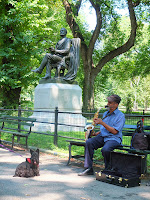 On Monday, we went from Portland, Oregon, to New York City. The Portland cab couldn’t find our address and stopped at the bottom of the block, leaving us to carry our heavy luggage alone. This was his second day at work, and his first airport ride – as we discovered later. He played in a heavy metal band for 11 years, since he came to Portland, and he was a vegan. To our great surprise, he knew many towns in our homeland – Bratislava, Prague and Brno – because he played there with his band. His intimate knowledge of those places made us feel closer to him, as we talked about the live in Portland. People who move to Portland are … bums, they are different. What is it about the city that attracts this special breed of humans? We couldn’t find an answer to that question, but agreed that it is the best city in the States. The driver wanted to give us 5$ discount because of the address issues, but we refused recognizing that starting a new job requires learning new skills, which takes time.
NYC was dirty, crowded and noisy. Our red-eye flight drained away all our energy and motivation to explore the city, so our greatest experience there was a long, morning nap in the Central park. 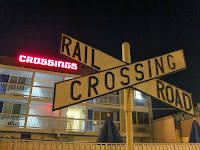 On Tuesday morning, we woke up in the Ocean City, New Jersey. I chose to stay in the Crossings Motor Inn long time ago. Ten years ago, I spent a summer working in its laundry room. It was my liberation summer, when I gained independence and self-reliance, changing my lifestyle forever. I was just a kid when I was here the first time. I didn’t realize it until now; 10 years of independence. As an adult artist-scientist, I am much more self-aware; I’m also very thankful that my research job allowed me to get here after 10 years and to have a great time, and to relax my tired scientific brain.

Crossings changed me; how has the motel changed?

The motel was no longer owned by my Italian friends; staff and housekeepers were different too. Our housekeeper was Kayla – a quiet student from Russia. J1 students, like her, were experiencing increasingly more problems with obtaining visas for this type of work/ region. Sandy damaged the Jersey shore and left its mark on the Crossings too; the lobby was painted and refurnished. Should I have come back last summer – before the Sandy storm – I would still see the ugly pink countertop in the reception. The season ends in Crossings on September 29th, the receptionist stays with her daughter during winter. The handyman hopes to get a job in the construction; he was able to do so during the last 2 winters
On Friday, we went to visit my cousin in the Millstone Township, in the Lakewood area. After dinner, and a short card game with Cassandra, they drove us to the JFK airport. Journey to the airport was never-ending. The traffic was really bad. We needed to pee badly and struggled to find a toiled. So we left the free-way and found a supermarket, where we were the only white customers. The bathroom smelled badly. Half of the toilet desk was missing and so were the bath tissue and soap. Nobody wanted to use the toilet and when I opened the door to get in, a nearby girl told me to save myself. Under these circumstances, there was no discussion about finding another toiled; we did it there. Luckily, we had just enough time to catch our flight back home. Our home away from home – a second home in Ireland. 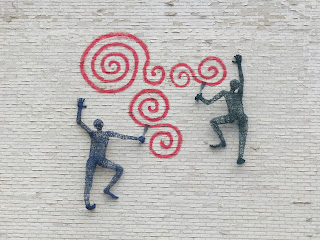 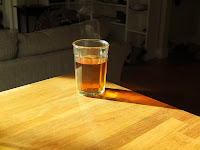 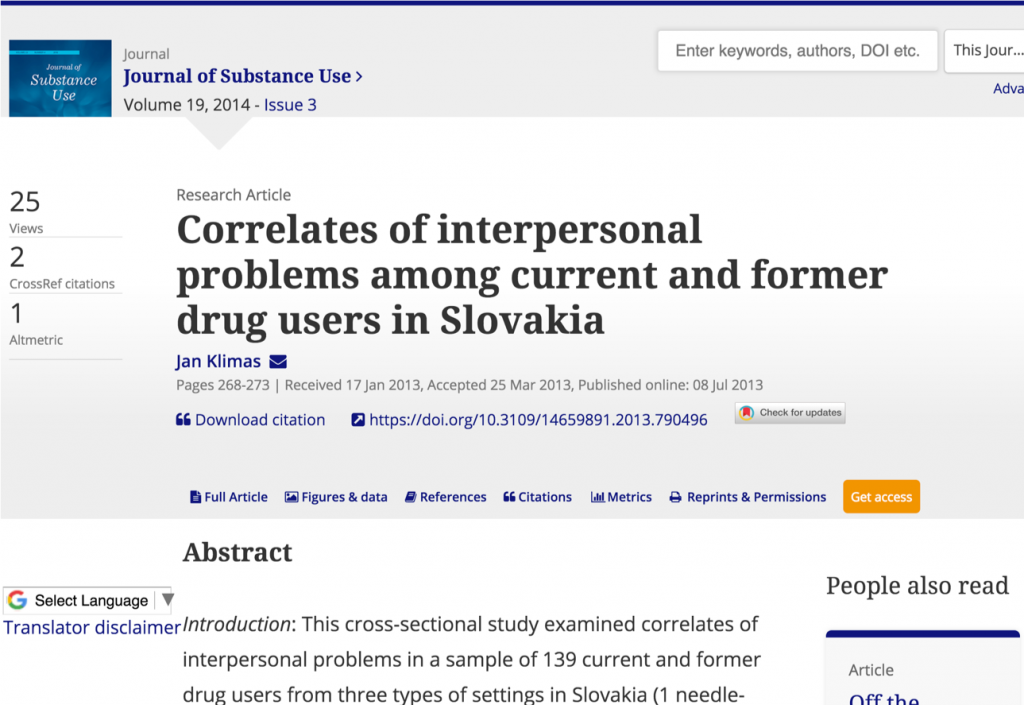 The ‘‘Phase Model of Change’’ –  a famous model in psychotherapy – says that change in overall functioning in life, including interpersonal problems, occurs during later phases of therapy. Well-being and symptoms take precedence. Social problems may last long, but this cross-sectional Slovakian study showed it’s worth asking drug users about their relationships. Intrusiveness and affectionate support seem to be the key players.