Dublin ambulances see an opioid overdose every day; many times near the methadone clinics. Do people shoot heroin around methadone clinics? Yes. The common sense confirms anecdotal evidence from everyday experience of clinic staff and methadone users. Although this is no rocket science for most of us, it’s much harder to prove it.

Just as the presence of storks doesn’t cause the explosion in birth rates, methadone clinics don’t cause people to use and overdose on heroin at their door steps. Most overdoses in our study were within 1000 metres radius around the clinics, it means that they were not in the immediate vicinity of clinics. Regardless of the location, the high number of overdoses in Dublin calls for an immediate distribution of the heroin antidote – Naloxone. Visit my previous post for more info on our pilot Naloxone project.
Cited study: Urban Overdose Hotspots: A 12-Month Prospective Study in Dublin Ambulance Services http://www.ajemjournal.com/article/S0735-6757(14)00510-5/abstract
Study authors:
Jan Klimas, PhD, Martin O’Reilly, Mairead Egan, Bc, Helen Tobin, BSc, Gerard Bury, MD
Received: June 6, 2014; Received in revised form: June 26, 2014; Accepted: July 2, 2014; Published Online: July 30, 2014
DOI: http://dx.doi.org/10.1016/j.ajem.2014.07.017
Publication stage: In Press Accepted Manuscript
Do we need another educational video about overdose prevention? No. A simple internet search reveals hundreds of these clips. However, as the saying goes “If it hasn’t been done in Ballydehob, it can’t be true.” Of course, I tweaked the saying a bit. My point is that local problems need local(-ised) solutions.

In Dublin, Ireland, ambulance services attend to an opioid overdose every day. No surprises, the third highest rate of deaths due to drugs – 70 per million – in Europe. Reasons are complex – consequences fatal. But there is a simple solution. Naloxone, a heroin antidote, can be sprayed into an overdosed person by anybody. It is safe, harmless and cheap.

In USA, 10,171 lives have been saved by Naloxone which have been distributed to 53,032 persons. Naloxone saves lives. And yet, “If it hasn’t been done in Ballydehop, it can’t work.” Ballydehob is a small village on the Irish coast, very far from Dublin. We can’t show that Naloxone works there, but we can do so in the University College Dublin. And so we are, developing and piloting an educational intervention on overdose prevention and naloxone distribution by general practice trainees. Why GP trainees? Reasons are complex – consequences fatal. Plus, we need to start somewhere. Irish actors and accents will help us get a buy in from the local stakeholders who can help make naloxone fully available in Ireland.

On July 1st, the UCD Centre for Emergency MedicalScience started production of a short educational video. The video shows 3 steps of response to opioid overdose with Naloxone spray:
Our work has been financed by the Irish College of General Practitioners. The college had no input into this post and the opinions aren’t theirs. They are mine.
Not one, but two conferences in Puerto Rico made my trip fantastic. As usual, the NIDA International forum happened for the 15th time on the weekend before the Conference of the College on Problems of Drug Dependence. The lines below offer some insights from these meetings.

Integration of addiction treatment into primary care: the portals of entry

Is abstinence related with good health? Is decreased drug use related with good health?
Tae Woo Park and Richard Saitz asked these questions in a secondary analysis of data from a clinical trial of 589 patients using cocaine or cannabis with very low dependence proportion among the sample (ASSIST score >27). To answer their questions, they used clinical measures of good health, such as, SIP-D, PHQ-9, and EUROQoL. Health outcomes were associated with decreases in illicit drug use in primary. However, abstinence and decreased use may represent very different magnitudes. Self-reports related dysphoria could also play a role in the differences. It takes a long time to make improvement in those consequences? 6 months of follow up observations may not be enough. Patient-preferred outcomes are paramount: do they want to have a score lower than XY on PHQ-9? What outcomes are important for them?
The TOPCARE (www.mytopcare.org) project implemented guidelines for potential opioid misuse (Jan Liebschutz). Her slides blew up half-way through the presentation but she delivered the talk excellently. Nurse care management was a component of the guideline implementation trial. Academic detailing (45min, with opioid prescribing expert) included principles of prescribing brochure and difficult case discussion. Is academic detailing effective? The Cochranesystematic review of literature found small-to-medium variable effects. The preliminary results of the project show that the nurse manager programme is a no brainer.
Rich Saitz commented on the sad state of affairs in the addiction treatment, where only 10% of people with addiction are in treatment. Integrated care is the best thing since the sliced bread, but where’s the evidence? His research showed no added benefit of integrated versus care as usual. Why? Maybe, addiction is not a one thing, but we treat it like one thing. Dr Tai provoked the audience with a question: “Do our patients with addiction have the capability to participate in the treatment planning and referral?” If they seek medical care for their broken leg and we refer them to an addiction specialist, will they go? most likely not.
But it is the same with hypertension. Referral is a process and not a once-off thing. Although they may not follow our advice at the first visit, a rapport built by a skilled professional over a series of discussions can help them get the most appropriate care.

Does the efficacy of medications for addiction decrease over time?

An old saying among doctors states “One should prescribe a new medication quickly before it loses its efficacy”. Elias Klemperer pooled the data from several Cochrane systematic reviews on addiction medicines, such as, NIRT gum, Acamprosate, or Buproprion. Their effectiveness decreased over time. The changes in methodologies might have caused the decline; also the sponsorship of trials, target populations or publication bias.

Primary author is in the driver’s seat, others are passengers. Primary author pulls the train. Dr Adam Carrico(UCSF) asked us “What are you really passionate about?” Find it and use your passion for those themes to drive your writing habit. Decide to be fearless& fabulous. Develop a writing routine. Put together a queue of writing projects and don’t churn out 2 products at the same time, one of them will suffer. Schedule writing retreats with colleagues. Set Timelines for writing grant and programme time for reviews by trusted people, give people a warning that this is what you’re planning to do. The JAMA June 2014 issue offers useful tips on how to write an editorial.
Dr Knudsen reported on the editorial internship of the Journal of Substance Abuse Treatment – JSAT, which started in 2006, with Dr McGovern (current editor) and Knudsen as the 1stfellows. Success rate of the fellowship applications is 2/30-45, prior involvement is appreciated (peer reviewer, submission). The new 2014 fellows are: Drs Madson and Rash. In the one year of the fellowship, the fellows typically review 12-15 manuscripts, some years, as a managing editor of a special issue. The Drug and Alcohol Dependence journal has a similar scheme.

What is the role of genetic determinants in development of concurrent alcohol and opioid dependence? The current evidence base is inconclusive; we found 33 studies, but most of them studied each dependency separately.

Our local corner shop sells alcohol. They also sell groceries, such as garlic, which I went to buy last week. I noticed a booklet by the cash register just as I was paying: The truth about drugs. It looked unattractive – dark colors, scary statements – but I took it to learn more about the drug free world as promised on the cover. 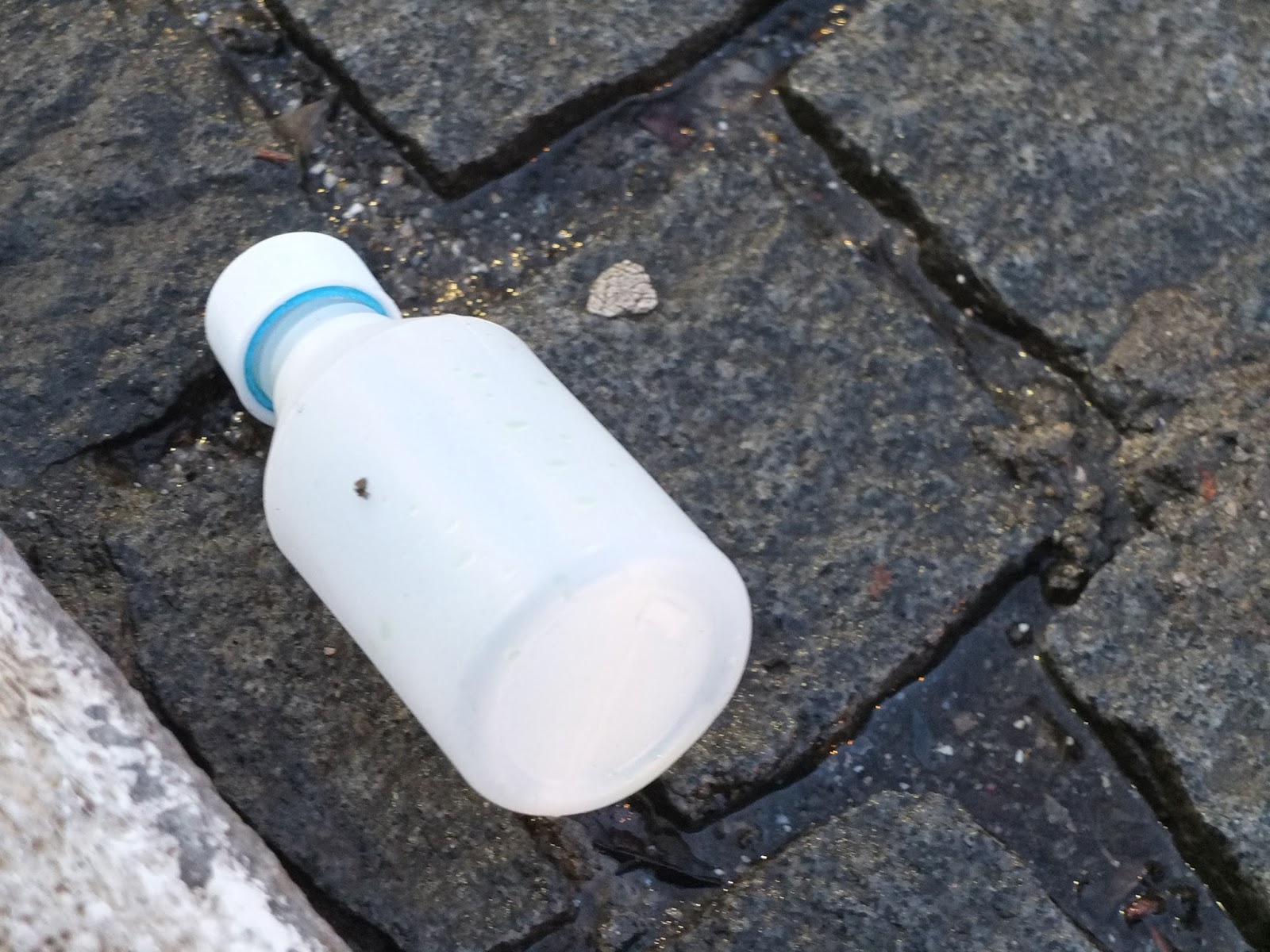 The brochure was full of mistakes, contradictions and misrepresentations of drugs. Most of them were myths which are not supported by the evidence and have been perpetuated for decades:
1) MYTH: Drugs have been part of our culture since the middle of the last century.
FACT: Drugs have been here since ever. They are at least as old as the humankind.
2) MYTH: Young people today are exposed earlier than ever to drugs.
FACT: This is a favorite headline of most prevention programs. Finding increased rates of drug use among the youths is not difficult. Finding reasons for this increase is difficult and requires knowledge of drug markets. Young people may be using drugs as much as before. They may be using different drugs than in the past, but that’s a matter of drug availability and supply.
3) MYTH: People take drugs because they want to change something about their lives. [] They think drugs are a solution.
FACT: People take drugs for all sorts of reasons. For alcohol, these reasons can be broadly divided into: social, coping, enhancement conformity and motives. Coping with problems and solution-seeking is just one of the reasons.
4) MYTH: A small amount acts as a stimulant (speeds you up). [] This is true of any drug.
This is UNTRUE for depressants (downers) and some other drugs. Although, the brochure lists sedative effects of depressants later, I don’t understand why it misleads the readers.
5) MYTH: Drugs make a person feel slow and stupid…
FACT: Same as above. Cocaine hardly makes people feel slow. It is hard to discern why false statements, such as this one, made it into the brochure. There’s almost no wheat among the weeds.
6) MYTH: Marijuana [] can also be brewed as a tea.
FALSE: The active compounds are not water soluble. THC is fat soluble though.
7) MYTH: people take drugs to get rid of unwanted situations or feelings (p.13)
FACT: People take drugs for all sorts of reasons. See point 3 above.
8) UNDERSTATEMENT: the long-term effects of alcohol are understated on p.15 – Alcohol is a hard drug.
9) MISTAKE: Cocaine and crack cocaine can be taken orally…
Yes, BUT it takes ages to start acting and it’s harder to estimate the right dose – the risk of overdose is higher. That’s why people don’t eat cocaine. Coca leaves are chewed not ingested.
10) DEPRESSION can drive anybody to suicide, not just people who use cocaine. Suicidal thoughts (p.19) are one of depression’s symptoms.
11) TOBACCO: no information in the booklet, although my local store sells cigarettes. They are stored very close to the booklets. Most people tried smoking.

The brochure’s information about the effects of drugs on violence is inconsistent. Moreover, most people use multiple drugs whose effects on relationships synergize. It’s difficult to separate effects of individual drugs. The brochure states:

The brochure’s target group is unclear. Technical terms are used widely alongside academic references. In two places, it mentions development of “Teenage bodies”, and “teens” surveyed about drugs. It misleads the reader to believe that they can make a decision about drugs. The truth is that the only option provided in this booklet is to live drug-free.
The wide availability of this pamphlet worries me most. Despite wrong information, it’s available at the most exposed spot in 24/7 stores – at the cash register. How come those government health promotion brochures are not there (http://healthpromotion.ie/)? Or the excellent Safety First brochure: reality-based approach to teens, drugs and drug education (www.drugpolicy.org/docUploads/safetyfirst.pdf‎)?
The safest life-choice is to not to use any drugs. Drug-free is a world for some, but not for all. Most of us will use some drugs, legal or illegal, at some point in our lives.