My journey with Cochrane started one summer afternoon in 2010, when I interviewed a Tallaghtdoctor (Tallaght is a rough suburb in Dublin, Ireland) about treatments for drinking problems of people who also use other drugs. I emphasized that brief psychosocial interventions were the treatment of choice for patients who don’t use other drugs and that there’s no reason why this should be different for drug users. He asked me whether I was Swedish, because of my accent, and replied by a single question which kept me awake at night and started my career as an addiction investigator: “Does it work?” I decided to celebrate the four years of trying to find an answer to his question at the Cochrane conference in Manchester, UK.
Wednesday 23rd April 2014
This year’s conference of UK and Irish Cochrane contributors’ swapped plenaries and workshops – Wednesday kicked off with two sessions of developmental workshops. The motto of the priority setting workshop was  “Don’t start a journey that you can’t finish”. Pragmatism is a very important part of priority setting. The value of setting priorities in healthcare is the expected gain from reducing the uncertainty. In another words, to reduce the probability that somebody somewhere is getting a wrong treatment.
The key question of the public health workshop was How to produce good reviews quickly? Growing number of people are interested in doing reviews under the public health group. Most public health studies are non-randomised. Evidence forms just one part of the complex process of public health policy – timeliness is the big factor. The idea of local context permeates all policies – is this relevant to your local area? All of us, as Cochrane reviewers, give shades of grey and they [policy makers] want black& white answers.
The first afternoon plenary started a faithful member of the Cochrane family, Nicky Cullum. She described how easy reviews were in the past. Her talk inspired 12 new tweets in the first 5 minutes of the plenary (#CE3Useful). The beginning of Cochrane nursing group was accompanied by skepticism “Are RCTs possible in nursing?  Is experimentation at odds with caring?” The explosion of nursing trials in the recent years posed new challenges “How on earth do we help non-academic clinicians to have both clinical and academic career?” Trisha Greenhalghconcluded the first with provocative lecture about boringness of Cochrane reviews. She used the example of young doctor Archie Cochrane in a German camp to demonstrate that the art of rhetoric consists of logos, ethos and pathos. Her other work on how innovations rise and how they spread further supported the rhetoric argument. While a logo is the only thing in scholarship rhetoric, factual knowledge can be rarely separated from ethical or social context. By trying to do so, the Cochrane researchers are stripping away the very thing they need to be exploring – how to change the world through science. The methodological fetishism developed in Cochrane collaboration (linked to control, rationalism and accountability) hinders production of more realist and interesting reviews.
Thursday morning plenaries helped the delegates to confer after the gala dinner last night. Rich Rosenfeld, a Professor and Chairman of Otolaryngology, explained how Cochrane reviewers can help policy makers by rapid reviews – Good is ok, perfect we don’t need [for guidelines]. A health economist, Karl Claxton, continued the discussion on when no more evidence is needed. Research takes long time and evidence that we already have can inform allocation of research funds for new projects. However, we should be cautious about judging the usefulness trials with hindsight, it’s wrong because we don’t know the context. Neal Maskery made the audience “lol” with very entertaining and interactive plenary which focused on what we know about how people make decisions. Our brain is so good at patterns recognition – it wants to do it all the time. This phenomenon is called Base rate neglect – a cognitive bias. Biases such as this one hinder innovation and affect our decisions in all areas from buying a car to prescribing medicines. Al Mulley, an expert on shared decision making, finished morning lectures with a story of how every patient brings their own context by using examples from his research on how bothersome is urinary dysfunction.
The special addition to the conference was presence of Students 4 Best Evidence, some of whom won prizes from UK Cochrane centre, including free travel and conference participation. Read more about their winning entries on prostatecancer, dentalhealth, smoking, and long-term illness.
From a personal perspective, starting a Cochrane review took me on a journey which led from a clinical question (from the Tallaght doctor), to policy development, medical education and further research in a very short time. I still don’t know whether counselling works for drink problems in people who also use other drugs, but I’ve learned how to find an answer using the Cochrane methodology.

Time to celebrate and take stock of my blogging activity

Join me and have a look at my top posts, page views and the audience. 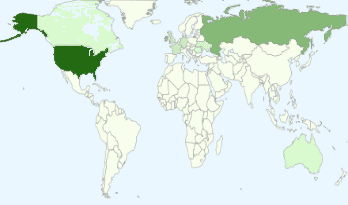 Alcohol Awareness Week starts today, with the theme ‘It’s time to talk about drinking’, so I thought we’d kick-start the week in this bit of the woodland by doing just that. Alcohol Concern’s Hair of the Dog campaign poster displays facts which may well achieve their aim of prompting conversation on this subject, including the surprising information that around 200,000 people will have turned up to work with a hangover today (and people who work are more likely to drink alcohol than unemployed people).
Talking treatments were the focus for a new Cochrane review, published last week, which looked at different psychosocial interventions to reduce alcohol consumption in people with problem alcohol and drug use. Four studies with 594 people were included, comparing cognitive-behavioural coping skills training with 12-step facilitation, a brief intervention with treatment as usual, motivational interviewing with hepatitis health promotion and brief motivational interviewing with assessment only.
Here’s what they found:
I was rather surprised to read a positive result favouring the control group, until I discovered that the only additional intervention for the intervention group was a single one-hour talking session. Otherwise, everyone in the trial received ‘treatment as usual’ which included a barrage of things including drugs, medical and psychiatric follow-up AND, wait for it, psychosocial interventions…
The reviewers, not surprisingly, said that

no conclusion can be made because of the paucity of the data and the low quality of the retrieved studies.

So targeting drug and alcohol use together may be a logical approach, given the high rate of these problems occuring together, but one that still lacks an evidence base. If you want to talk about drinking this week, check-out the drinkaware website for some facts about alcohol and you could use the MyDrinkaware feature to track or cut down your drinking. I’m off now to grab a glass of water, something I definitely don’t drink enough. 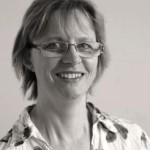 My name is Sarah Chapman. I have worked on systematic reviews and other types of research in many areas of health for the past 17 years, for the Cochrane Collaboration and for several UK higher education institutions including the University of Oxford and the Royal College of Nursing Institute. I also have a background in nursing and in the study of the History of Medicine.

The wide acceptance of alcohol harms in the Irish society is worrying. Is the proposed public health alcohol bill a step change opportunity for Irish people? Alcohol Action Ireland, an advocacy charity which has been around for more than 10 years, hosted a public seminarwith experts and politicians in the Royal Irish Academy on March 3rd.
Minister White opened the night by pledging the government’s goal to reduce the national consumption of alcohol below the OECD average by 2020. The new public health alcohol bill proposes radical measures, such as minimum unit pricing and alcohol advertising ban, which will cause discomfort. Therefore, the government should proceed with evidence-based consensus. A new North-South minimum unit pricing study will bring concrete evidence for the regulations that the bill proposes.
Dil Wickremasinghe, the second-to-speak activist, broadcaster and Director of Insight Matters, shared her story of coming out as a teenage lesbian. Alcohol companies are behind the sponsoring for many LGBT events. The sponsors and culture create an enormous pressure on immigrants to keep up drinking with the local community. Alcohol and socializing go hand in hand in Ireland – We’re Irish, we need a pint to have a good time.
A public health specialist, Dr Bedford talked about his life-long experience of campaigning for alcohol regulations, such as random breathalyzing, which brought immediate drop in the alcohol harms. Because of the success with previous campaigns, he recommended the public health advocacy tool.  If we organize ourselves well, we can get results, but we need to keep the campaign message simple. Celebrities can draw audience to our campaigns, such as Gay Byrne did for the RSA random breath testing. If you’re not in the media in this business, you don’t exist. Repeat the message; repeat the message – same simple message all the time. The public health campaigning is for marathon runners, not sprinters.
Alastair Campbell, a writer, campaigner and a former Director of Communications and Strategy for Tony Blair, pondered when the change comes and how the countries are similar to individuals in their alcohol denial. The leadership comes from people who decide to make change happen; the countries have to admit that they have a problem. Countries’ leaders hesitate with changes, as Mr Campbell recalled a Tony Blair anecdote about the introduction of smoking ban law in UK “let’s see how it works in Ireland”. UK failed with introducing the prepared minimum pricing policy because of the alcohol industry pressure. Ireland can learn from that failure. Unless we understand that we are all paying for fixing of harms caused by alcohol, we won’t understand the minimum pricing. Low-risk drinkers – don’t be afraid of minimum pricing.