Spoken word events often take place in bars. Poets who perform at and attend these events are over the legal limit for drinking. But what if an underage poet wants to join them? Their chances to avoid the alcohol culture are grim.
Young talented poets are forced to perform in alcohol temples. There, they listen to the established artists talking about their drinking. They watch older poets drink one beer after another, which is nothing new in the poetry art. Poetry has a long-established love affair with alcohol, not only in Ireland. For example, W. B. Yeats, an Irish poet and playwright, would have had experiences with the drinking culture. Perhaps they contributed to his Drinking Song:
“Wine comes in at the mouth
And love comes in at the eye;
That’s all we shall know for truth
Before we grow old and die.
I lift the glass to my mouth,
I look at you, and I sigh.”
Being open about alcohol is good – we live in an alcohol-soaked society after all. Denial and silence doesn’t work. Harm reduction approaches to drug use works. Adolescence is a period of experimentation which includes drugs and other risky behaviors. Parents of teen poets could use, for example, Marsha Rosenbaum’s Safety First reality based approach. This approach helps teenagers to make responsible decisions by honest, science-based information, encouraging moderation, understanding consequences and putting safety first.
In addition to education, drink-free venues for arts and poetry events should be promoted. For example, Accents Coffee & Tea Lounge is an alcohol-free place in Dublin City centre. It was created by Anna Young as a cozy environment for people to meet and as an alternative to a pub. Before they opened, there weren’t many places where you could buy coffee late at night in Dublin. It is the only café in Dublin opened till 11 pm. Accents is the home to two poetry events, a poetry slam competition on the first Sunday of the month (See picture), and A-Musing gig, Stand-up comedy and poetry night on the last Sunday of every month.
I hope that there will be more venues like this for aspiring poets. In the meantime, support a poet by “buying him or her beer”.
The Canary Islands were not named after canaries, the exotic birds, but dogs.  The original Latin name means Island of the Dogs. The dog islands were my home for Christmas this year.

The flight was delayed by 30 minutes. We spent another half an hour stuck on the runway, waiting for our slot. The weather was grim as it could be and it didn’t seem to change for the day. But nobody cared about it. Nobody ran back and forth through the airport hall; no curses no complaints. It was going to be only better after this – nothing could spoil the expectation.
We’re going to canaries. It’s clear to all of us that this is not a business trip. It’s not a family trip either. It’s sun holiday. We are going to sunbathe on Christmas.

The cheerful atmosphere dominated streets of Las Palmas. Little squares filled with spectators of evening concerts. Choirs took turns in catholic churches. Fireworks entertained families in the streets. And yet, the city gave little sign of getting ready for Christmas. Decorations were sparse and advertisements kept to minimum. The horrors of western-type consumerist brainwashing spared the small town. Christmas were coming, but slowly and quietly… mostly showing in the faces of happy people. 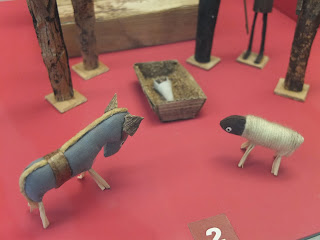 Our second lodging, on the Tenerife island, was cheap – a pension located on the ground floor of an outskirts apartment complex. As we were checking in, a young girl stood by the glass front door. She waited there for a while with a sponge cake in her hands and a soft orange sweater over her shoulders. Her clothes didn’t give away much, but her face and hands looked strangely familiar. I’ve seen many of those in my previous job, as a needle exchange worker.
Our host didn’t hurry to open the door. She waited. When he finally got to answer the door, she asked something in Spanish. He said no quietly. He was a very polite man. When he finished his talk about local attractions, we went out for a cup of tea. There they were. The orange woman and her companion – boyfriend perhaps – noticed us.
“Finish habitacion?”
I didn’t know what he asked. My wife answered in English, “No we just came”.
He sat back to his girl and they both looked sad. What bothered them? Perhaps this pension was their last chance to get a bed for tonight. The invisible barrier that separated our worlds felt close. I was on the good side today, but I could’ve been on their side tomorrow.

German was the norm in Tenerife. Hikers on the Teide volcano greeted us with “Hallo” instead of the local “Ola”. Volcanic dust was everywhere. The monotonous, dry country brought back old folk song titles, ashes to ashes – dust to dust. All we are is dust in the wind. Pondering these sad truths couldn’t be easier than here. Admiring the mountainous landscape lifted all my heavy feelings away. “Traum” – a fellow hiker said. She’s right; the mountains looked like dreams to me too.
Back on the Gran Canaria Island, we bicycled on the last day of our holidays. Starved by the physical exercise, we looked at the Spanish menu card in a Santa Catalinian restaurant. Unlike most places, they didn’t have English translation and when we tried to order, we found out why. We asked about the first option on the list – Pechuga. The waiter answered in Spanish which we didn’t understand. A nearby customer tried to help in French with no success. Noticing his efforts, the waiter demanded Spanish:
“Speak Spanish, we’re in Canaries” to which we responded with confused looks and growing impatience.
Unable to find an easier equivalent for Pechuga, the waiter gripped her breasts and said again:
“Pechuga”
We didn’t get it, until she brought the chicken breast dish to our table, but Pechuga has now a prominent place in my small Spanish vocabulary.
The term Addiction comes from the Latin “enslaved by”. For two days, we became slaves of addiction conferring, once again, at the SSA conference in York, UK. Here’re my perceptions from this scientific slavery.

Alcohol is so widespread in our community that abstinence is almost abnormal, argued one of the conference delegates. It’s hard to disagree with that. Recovery is helped by achieving a sense of normality about abstinence or lowered use. Professor Robert West took this issue even further and talked about denormalising use (check out his blog). Looking at the issue from multiple angles, he warned about the potential negative consequences of stigmatising use. Stigmatisation can backfire by increasing healthcare costs for people who not only use, but also have to deal with the stigmatisation and its negative effects. It seems that normalising safer use or normalising quitting is the way to go. My point about negative effects of stigmatisation reinforces the belief (supported by evidence) held by many harm reductionists that balanced information about drugs is the best form of primary prevention.

The most useful part of the conference for me was the opportunity to talk to colleagues at my, post-doctoral, level. I met the first friend before the conference, in a coffee place – Skeltergate. Skeltergate is a small cafeteria really close to the conference hotel. My friend waited there for me with a research paper in one hand and a pencil in the other. He definitely made the best use of his time. He and my second friend, who lives in London, are emerging researchers who recently relocated because of work. Both have a very busy working schedule, which includes working at 4 AM before breakfast, or after 11 PM when kids go to bed. I asked one of them how many hours per week he worked and he replied that working time is not a meaningful variable in academia. In another words, productive researchers work all the time.

Checking email is not work, it’s a compulsion. True to this statement, most people checked their inboxes during the conference lectures. Others did so in the cafeteria. Some people did not read their emails when they were out of office and enjoyed the opportunities of talking to other delegates. The academia did not manage to enslave all. 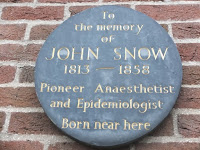 Before the conference, my PI suggested reading a bit about John Snow (1813 –1858) – an English doctor and a pioneer of anaesthesia and medical hygiene. Being the father of modern epidemiology, he traced the source of a cholera outbreak in Soho, London, in 1854. The outbreak was long, had too many victims, and no one know what kept it going. Dr Snow found the poisoned water pump, which everybody drank from, and shut it down. The figure below shows his memorial plaque at the Park Inn.

In contrast to the high prevalence of personal computers, the SSA Twitter banter was quiet again. Maybe it’s because there’s no official #hashtag for the SSA conference. Some people use the whole title (see figure below), while others tried to establish the #SSA2013 hashtag. This tag was used in 5 tweets only. What’s more, it’s being used as a hashtag for Space Situational Awareness 2013 conference, which was in London the weekend after SSA. 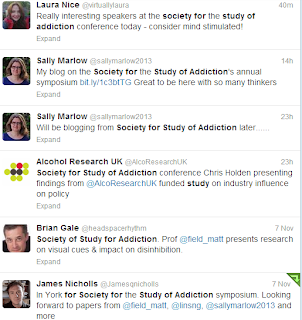 Check out also the blog about the conference by Sally Marlow

For the third year now, a charity project in Dublin 8 (www.swicn.ie) provides free English conversational classes to people from various countries. The project’s backbones are volunteers from the Failte Isteach programme. One day, the project recruited a very interesting man for the voluntary teacher position. He is a Social welfare officer, who deals with people in difficult life situations every day. Many of them are not from Ireland. One would think that he has enough of commendable work at his day job. What astounded me most about this story is that this man is willing to volunteer after work to improve the lives of people he deals with in his day job. How much charity is too much?

What are the free English classes?

On 29 September 2011, a popular RTE television reporter Anne Cassin visited some unusual projects in Dublin and met volunteers. Capital D programme went behind the scenes of Dublin community projects; to find out more about the show — watch this video from minute 20:00 here.

What are Third Age and Fáilte Isteach?

Fáilte Isteach is a programme of the Third Age agency in Dublin. “There are many sectors of Irish society in need of welcoming, nurturing and support, particularly our migrants who may struggle with proficiency in English. To tackle this, volunteers throughout the country provide English conversational classes to people of varying national backgrounds, many of whom may be floundering as they try to communicate with the indigenous population” Read more at 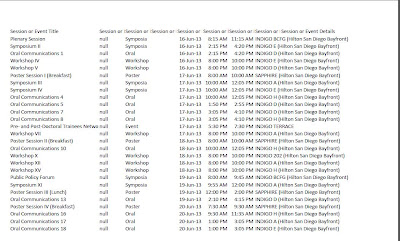