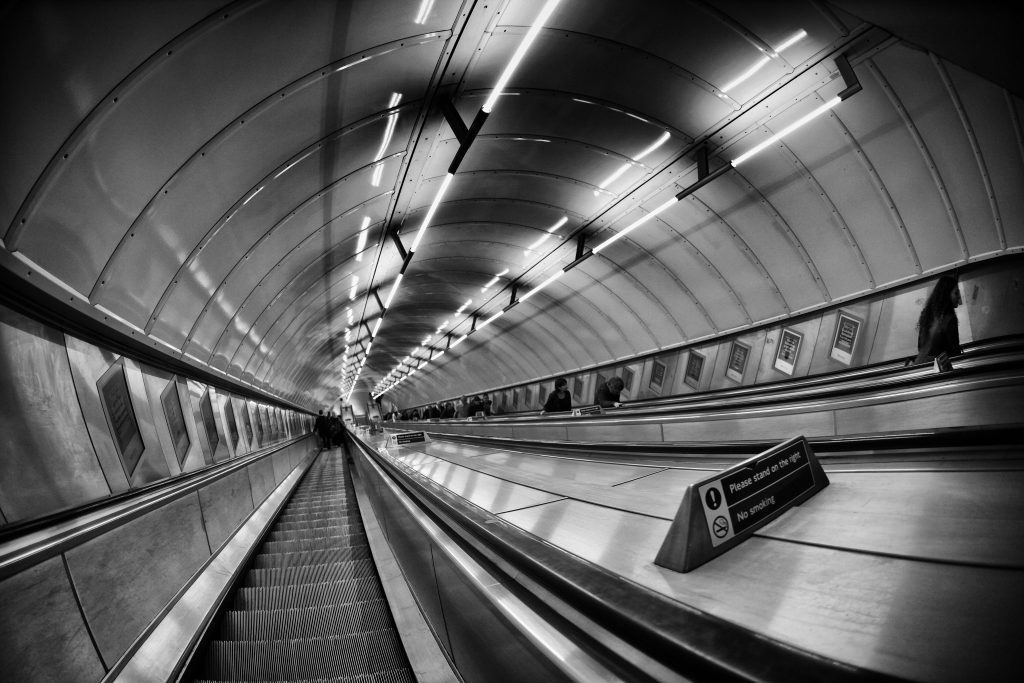 In this 2009 Insight article, Gemma Turner, Cobh Community Based Drugs Worker, provides a brief history of the project while Jano Klimas gives a sense of the impact of the youth initiative from its evaluation.

END_OF_DOCUMENT_TOKEN_TO_BE_REPLACED

What if you decide to take root, but discover a quicksand instead of a firm ground? Serendipitously, I have stumbled upon an essay about dislocation and walked into an exhibition about uprootedness on the same day.
As I wrote earlier, mobility is part of thejob description of early career academics.  A boost to the local university, economy and science are the promised trade-offs for the temporary relocation.  Few have considered the tremendous impacts that mobility has on people’s lives.
Bruce Alexander, a retired Psychology professor at Simon Fraser University in Vancouver, BC, theorizes that dislocation causes addiction. Free markets force people to move where the work is and leave their connections behind.

Walter Scottinspired visitors of the Stride gallery in Calgary, Alberta, to think about the fragile links that tie oneself to the place where they are born. They are nourished over the lifetime, consciously or unconsciously. One may not realise how frail they are, until they become stretched to a point of breaking.

Finally, in the Letters to Grandchildren (Greystone Books, 2015), David Suzuki offers grandfatherly advice to his five grandchildren, including this story about the horrendous journey of his Japanese ancestors to Canada:

Being a senior postdoc brings many opportunities. I wrote about them in my blog last year. Now, I’d like to revisit them, see what’s new and what has changed.
Three years post doctorate, I wanted:
-To keep writing a lot.
In the third year post doctorate, I wrote a lot about these topics:  How doctors sweat to discover traditions of the first nations; What to look for in mentoring? Finding the Evidence for Talking Therapies; My First Week in the Addiction Research Paradise; How to go about getting a postdoc position?; How mentoring can help transitions in academia; The best time for writing; Postdoctoral Fellowship Awards for Irish researchers; How to addess a Training Gap through Addiction Research Education for Medical Students; Mobility is part of research job description;Different styles of research supervision; How attractive are you for postgraduate students? How to build research leaders and supervisors; Working and holidays; The Annual Symposium of the Society for the Study of Addiction 2013; Re-entry shock; Saying bye slowly makes parting easier; A decade in the addictions field.
-To stay true to myself.
This was difficult. At times, I honestly have not been honest. I’ll keep at it.
-To reach a position of independence by:
a) conducting a randomized controlled trial
The pilot trial is finished. First, we wrote down our plan, a cook book for making this trial. Second, we developed and pilot tested a workshop which was later used as part of the experimental intervention. The controls received the intervention with a delay. Third, we measured the status at baselineto set up our starting point. Watch this space for more about the trial results.
b) supervising work of junior investigators.
My junior colleagues from the pilot trial helped me to learn how to be a better team player.
-To pass the accumulated knowledge and skills on other:
c) Doctors and helping professions, by helping them become more competent and confident in addiction medicine research
d) Medical students, by helping them discover and master addiction medicine research.
I had the honour to co-supervise a group of three gifted postdocs and several medical students. Two of them moved for work or study to UK. I’m grateful for the learning that workingwith them brought me.
-To maintain a happy work-life balance.
At the time when I wrote that, I realised that I took on too much. In the past year, life and family brought new challenges and I needed to split my time between them. Integrating my scientist and artist careers was another chance to learn the balancing act.
In the fourth, post-doctoral year, I’ve extended my research to addiction medicine education. This is new to me. This expansion challenged my time management skills. I wish to be able to see which of my ideas and projects need more attention and which should be put to sleep.
February 25th: Drinking in people who also use other illicit drugs causes serious problems. Their doctors and health professionals can ask about alcohol, provide advice or refer the person to a specialist if the problem is too big. We had a look into medical notes of 200 people screened for an alcohol use disorder in a primary care clinic and another 200 people screened in an opioid treatment program over a two year period.

Chart reviews suggested that most people with opioid dependence (95%) seen in a federally qualified health center completed a routine annual alcohol screening; elevated scores in the Alcohol Use Disorders Identification Test were recorded for six people (3% of those screened) and brief interventions were completed with five of those people.
“When you know of … people who are using heroin, there’s a chance they’re using it IV, and if they’re using IV there’s a chance they’re accessing blood …, so if there’s people we have coming with Hep C that have been drinking there’s a whole other level of medical risk associated and it’s hard to stabilize anyone, so people are coming in ill or they have other doctors’ appointments or they’re just not physically able to engage in programs.” Physicians worried about opening up this complex issue and felt the system was not prepared.
The methadone program, in comparison, diagnosed alcohol abuse or dependence at admission in 27% (n = 54) of the patient records reviewed. People treated in the methadone program appeared to have higher rates of serious alcohol use disorders than those who received buprenorphine in the primary care clinic:
“It’s a lot easier to fly under the radar with alcohol than with other drugs.” Focus group participants recognized limitations of screening.
Practitioner focus groups were completed in the with four primary care physicians and eleven counsellors from the opioid treatment program to assess experience with and attitudes towards screening opioid agonist people for alcohol use disorders.
Focus groups suggested organizational, structural, provider, patient and community variables hindered or fostered alcohol screening.
A primary care physician noted, “When people are in the more severe category and you run out of time and you can hand them a list of AA meetings around the town, but it’s just so unlikely that they are going to access it if they haven’t already. That warm hand off process is huge.”
Alcohol screening is feasible among opioid agonist people:
“Having a consistent way that we treat specific conditions, like alcoholism with this background and this level of care would be great. So that we can develop patterns and know how to treat them as they go.”
Effective implementation, however, requires physician training and systematic changes in workflow.
A counselor stated, “Engagement is key; how we treat our patient has a lot to do with what they tell us, so if the people feel not judged, if they feel safe, they’re going to be more likely to engage in the treatment process.”

September 17th – the Irish Research Council is pleased to announce the launch of the International Career Development Awards – the ELEVATE Fellowships. Over 20 awardees confirmed their attendance. The speakers have been invited to give Awardees useful perspectives and food for thought before heading off on the international phase of this Fellowship. The launch has been a nice opportunity to meet fellow Awardees on this cohort.
The event took place in the Irish Research Council’s building, Brooklawn House, Crampton Avenue (off Shelborune Road), Dublin 4, Ireland, from 10am to 4.30pm.
Programme of the day:
10.00am-10.30am:      Welcome by the Irish Research Council
Introduction to Council Enterprise Team
Introduction to ELEVATE 2014 cohort
10.30am-12.30pm:      Dr. Janet Metcalf, Chair & Head of Vitae, ‘Careers for Researchers’
12.30pm-1.45pm:        Lunch and Networking
1.45pm-4.00pm:          Barbara Moynihan, On Your Feet ‘Present with Power’
Dr Metcalf’s talk focused on broadening the Fellows’ career aspirations: “I’ve never had any career plan, any career goal. Only two principles: catch every ball that’s thrown at me and make sure my decisions are widening my options, not narrowing them.”
ELEVATEFellowship is a funding scheme of Irish Research Council which aims to fund Irish-based experienced researchers who have gained most of their research experience in Ireland so that they can acquire new skills and expertise while conducting high-level research abroad for two years and then return to Ireland for one final year with their newly acquired knowledge and expertise. The Irish Research Council International Career Development Fellowships are Co-funded by European Union through the Marie Sklodowska Curie Actions. In 2013, 15 researchers received the Fellowships for different projects from time travel through nanotechnologies to diamonds. The council funded similar schemes in the past, for example, the EMPOWER 2011-12 or INSPIRE 2009-11. This year, 25 fellowships were awarded to 5 academic and 20 industry-based projects. Text taken from www.research.ie
Irish Research Council (@IrishResearch) funds excellent researchers across all disciplines and encourages interdisciplinary research and engagement with enterprise.  The Council facilitates the career development of researchers by funding those at an early stage of their research career to associate with established research teams who have achieved international recognition for their work. The Council aims to support an expertise-driven research system in order to enhance Ireland’s innovation capacity and skills base in a rapidly changing global environment where knowledge is key to economic, social and cultural development. The Council is further committed to facilitating the integration of Irish researchers in all disciplines within the European Research Area. Text taken from www.research.ie
Marie Skłodowska-Curie actions (MSCA) are European research grants for scientists in Europe and abroad. The objective of the MSCA is to support the career development and training of researchers – with a focus on innovation skills – in all scientific disciplines through worldwide and cross-sector mobility. For this, the MSCA provide grants at all stages of researchers’ careers, from PhD candidates to highly experienced researchers, and encourage transnational, intersectoral and interdisciplinary mobility. The MSCA will become the main EU programme for doctoral training, funding 25 000 PhDs.
Endowing researchers with new skills and a wider range of competences, while offering them attractive working conditions, is a crucial aspect of the MSCA. In addition to mobility between countries, the MSCA also seek to break the real and perceived barriers between academic and other sectors, especially business. The MSCA follow a “bottom-up” approach, i.e. individuals and organisations working in any area of research can apply for funding. Several MSCA initiatives promote the involvement of industry etc. in doctoral and post-doctoral research. Text taken from www.ec.europa.eu
I will be awarded the ELEVATE to do research on better addiction medicine education for doctors in Ireland and in Canada (www.addictionmedicinefellowship.org). Watch this space for more information.